After Understanding the True Meaning of Revelation 22:18–19, I Happily Received the Returned Lord

Hesitating After Hearing the Lord Has Come

After I believed in the Lord, I often heard my pastors say, “Now, we live in the last days. The Lord’s return is imminent, and outside the church many preach false ways, so we must not listen to them. This is because in Revelation 22:18–19 it says, ‘For I testify to every man that hears the words of the prophecy of this book, If any man shall add to these things, God shall add to him the plagues that are written in this book: And if any man shall take away from the words of the book of this prophecy, God shall take away his part out of the book of life, and out of the holy city, and from the things which are written in this book.’ All of God’s words are in the Bible, and nothing can be added to or taken away from the Bible. If anyone adds to or takes away from whatever is in the Bible, they will be unable to enter the kingdom of heaven. In our belief in God, we only need to read the Bible. We don’t need to go outside the church to hear sermons.” The pastors’ words took root deep in my heart, and I kept their admonishment not to listen to sermons outside the church. 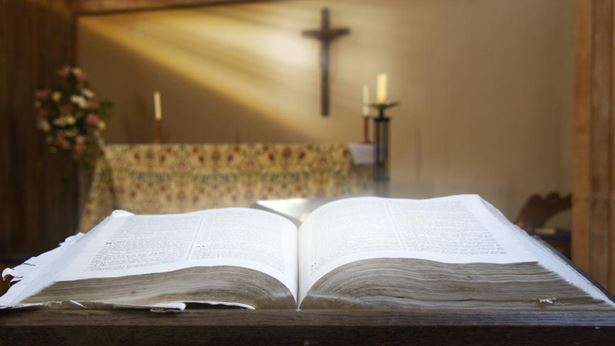 One day in December of 2017, I went with a sister to visit her sick friend’s house, and there I met three brothers and sisters. When we all began talking, I learned that they all believed in the Lord, so we decided to fellowship on the Bible. One of the brothers fellowshiped to us on the relationship between the New Testament, Old Testament, and the Book of Revelation, and also very clearly explained the background and significance of the work of the Age of Law and the Age of Grace. From his fellowship, I understood that God’s work in the Old Testament era was to issue the laws. People at the time lacked common sense about life, and did not know how to worship God, so God used Moses to issue the laws and commandments, and also led early mankind in living upon the earth. In the New Testament era God did the work of redemption. Because people were sinning more and more, and all faced being condemned to death by the law, God came personally as the incarnate Lord Jesus, expressed the way of repentance, taught people to be tolerant, patient, and love their enemies, as well as cured the sick, cast out demons, did many miraculous deeds, and bestowed bountiful grace upon man, after which He was finally crucified and redeemed mankind from sin. If people accepted the Lord Jesus’ grace, they only had to confess their sins and repent, and their sins would be forgiven. The prophecies in the Book of Revelation, meanwhile, describe the work God will do in the last days. I realized that despite believing in the Lord for many years, and often reading the Bible and listening to my pastors’ sermons, I possessed only a shallow understanding of the doctrines in the Bible, and I didn’t understand the intention behind many of the things God did or the relationship between the two stages of work in the Age of Law and the Age of Grace. But, after hearing my brother’s fellowship, my heart felt much less confusion, and I understood truths I hadn’t been able to despite years of believing in the Lord. On our way home, my sister and I discussed what we had gained that day. We both felt there was much light in this brother’s fellowship, and that in all our years of believing in the Lord, we had never heard such practical fellowship.

After that, we went to hear this brother preach several more times. Each time we understood mysteries we hadn’t in the past, and our spirits were provisioned. I enjoyed hearing this brother’s fellowship very much. Once, as a meeting was about to end, he said seriously, “Actually, the Lord Jesus we have longed to see has already returned, and He has uttered over a million words and opened the scroll as prophesied in the Book of Revelation. I came to understand everything I speak about through the new words expressed by God.” When he finished, he took out a book from his backpack and showed it to us, then said, “This book, The Word Appears in the Flesh, is the scroll opened by the Lamb. These are the words spoken by the incarnate God in the last days.” When I heard what he said, it was as if a chime went off in my head. I thought, “God’s new words? Aren’t all God’s words in the Bible? The Bible can’t be added to or taken away from, how can you say God has spoken new words outside the Bible?” Confusion overcame me, and I also felt so deeply conflicted that I couldn’t listen to another word of his fellowship. Before we left, he said we could borrow the book and read it. Politeness dictated that I had no choice but to accept. 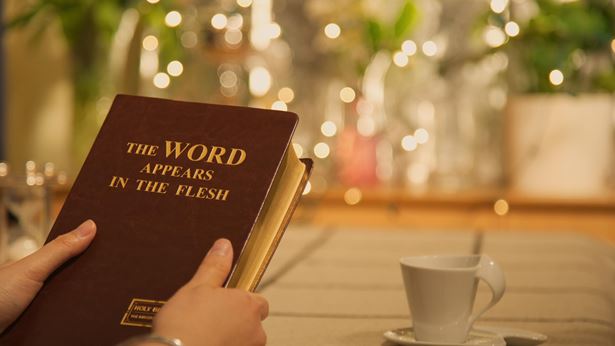 When I got home, I put the book on my table. I couldn’t help but remember that my pastors often said all of God’s word was in the Bible, and that nothing could be added to or taken away from the Bible. Anything that went beyond the Bible was heresy and false teaching. But the brother had said this book contained God’s new words. Wasn’t this going beyond the Bible and adding to the Bible? But then I thought, after so many years in the church, I hadn’t heard any light in their sermons, and the spiritual negativity and weakness I felt hadn’t been resolved, yet my brother’s fellowship was clear and sensible. It gave me a great deal of understanding of the background and significance of God’s work, allowed me to understand many truths I hadn’t in the past, and supplied my spirit. I felt that his sermons originated with the Holy Spirit, and since the Book of Revelation prophesied that when God returned, He would open the scroll, was there a possibility that the book my brother had given me truly was the word of the returned God? Should I read it? I was very conflicted, and didn’t know what to do. Helpless, I prayed to God and asked Him to guide me to the correct choice, so that I wouldn’t lose God’s salvation.

Two days later, the sister with whom I had heard the sermons invited us to her house to discuss the Bible, and I knew God had heard my prayer. To seek understanding of the question and receive the Lord’s return, I accepted her invitation.

At the meeting, I asked the brother, “Our pastors often speak to us about Revelation 22:18–19, ‘For I testify to every man that hears the words of the prophecy of this book, If any man shall add to these things, God shall add to him the plagues that are written in this book: And if any man shall take away from the words of the book of this prophecy, God shall take away his part out of the book of life, and out of the holy city, and from the things which are written in this book.’ They tell us that all of God’s word is contained in the Bible, and that the Bible cannot be added to or take away from, yet you testify that the Lord has returned and spoken new words. Isn’t this adding to the Bible? I’d like to hear your understanding about this question.”

He continued his fellowship, saying, “We all know that, beyond Revelation, there are many places in the Bible which warn they ‘shall not be added to or taken away from.’ For example, ‘You shall not add to the word which I command you, neither shall you diminish ought from it, that you may keep the commandments of Jehovah your God which I command you’ (Deuteronomy 4:2). ‘What thing soever I command you, observe to do it: you shall not add thereto, nor diminish from it’ (Deuteronomy 12:32). ‘Add you not to His words, lest He reprove you, and you be found a liar’ (Proverbs 30:6). If we look carefully at these verses, we see that during the Age of Law, in the Old Testament, Jehovah said similar things to mankind, all in regard to God’s commands, which is to say that where the laws, the commandments, God’s teachings, or things God told the prophets are concerned, as long as the words were spoken by God, people are not to add to or take away from them. God is the Creator, His words are the truth, the permanent, unchangeable maxims by which we must live. All created beings must strictly abide by them, and no one may add to, take away from, or falsify God’s words, or they will offend God’s disposition and be cursed by God. So, if we take ‘God’s words shall not be added to or taken away from’ to mean ‘the Bible shall not be added to or taken away from,’ aren’t we falsifying the original meaning of God’s words by adding our own human meaning? To do this offends God’s disposition, and is something that deceives people and leads us to be cursed by God. The essence of the matter is very serious, isn’t it? Moreover, ‘God’s words shall not be added to or taken away from’ is an exhortation that God wants us to adhere to and it serves as a warning to mankind. We mustn’t use these words to place limitations on God, much less use them to determine that God can speak no new words nor perform any new work that is not already in the Bible. If we do that, then we would be offending God’s disposition, for He is the Sovereign of all things and He can express new words according to the needs of mankind at any time.”

Previous: By Learning to Discern the True Christ From False Christs, I Welcome the Lord’s Return

Next: God’s Gospel: At the Second Coming of Jesus, I Understand Why He Appears and Performs His Work in China