Why Engage in Trickery When Serving God?

I remembered the first time I saw God’s words saying: “Some people who serve as leaders always want to try to be different, to be head and shoulders above the rest, and to figure out some new tricks that will make God see just how capable they really are. … They are always trying to show off. Is this not precisely the revelation of an arrogant nature?” (“Without the Truth, One Is Liable to Offend God” in Records of Christ’s Talks). I thought to myself: “Who has such nerve to try to find ingenious new tricks? Who doesn’t know that God’s disposition does not tolerate man’s offense? I certainly wouldn’t dare!” The church later arranged for me to perform the duty as a mid-level leader, and through actual experience and revelations of the facts, I realized that trying to find new tricks wasn’t what someone dares or doesn’t dare to do—it is entirely determined by man’s arrogant satanic nature.

Not long ago, I discovered that there was a church leader who was not adequate. She often dozed off during gatherings, did not assume a burden for the work of the church, and didn’t possess good humanity, while the sister who was her aide was quite responsible. I discussed it with my co-worker and wanted to replace this church leader and allow her aide to be the church leader. However, I was concerned that this would make the church leader negative, weak, and stop her faith, or that she would disrupt things in the church, so I didn’t dare to take that course of action at that time. After much pondering, I thought of a “clever plan.” I would secretly get her aide to take on the full scope of work; everything in the church would be taken care of by her aide, and the church leader would be nothing but a figurehead. So I had neither sought God nor looked at the work arrangements and principles of the work. I had carried this out only after notifying my co-worker. After that, I was very self-congratulatory, believing that I was very clever and really had wisdom. I thought: “If my senior leaders knew about this, they would certainly say that I am capable in my work, and maybe they’d even end up promoting me.” But I had not imagined that when I told them about this, they would deal with me and say: “This is you trying to find new tricks. Where in the work arrangements did it say that you could do this? We can adjust and replace inadequate leaders according to the principles, but we cannot put aside the principles of the church and carry out work according to our own will. This is serious resistance against God.” After hearing the dealing and pruning from the leaders, I was shocked. I absolutely had never imagined that I would unwittingly try to find new tricks. What I had believed to be a clever plan was actually serious resistance against God, and I was truly ashamed when faced with the facts. At that time, I couldn’t help but think of God’s words: “For example, if arrogance and conceit existed within you, you would find it impossible to keep from defying God; you would feel compelled to defy Him. You would not do it on purpose; you would do it under the domination of your arrogant and conceited nature. Your arrogance and conceit would make you look down on God and see Him as being of no account….” (“Only by Pursuing the Truth Can One Achieve a Change in Disposition” in Records of Christ’s Talks). It was true. When faced with this issue I had not sought God, nor had I considered it through the principles of the church. I had just acted according to my own will. I saw my arrogant and conceited nature, that I did not have a heart of reverence for God, and that God did not hold a place in my heart. Only at that time did I realize that finding new tricks wasn’t something I dared or did not dare to do, but it was something determined by my own arrogant nature. If I did not recognize and resolve my own arrogant nature, I would never seize hold of myself. I might one day even do something to resist God that would make Him feel disgust and hatred. Only at that time did I understand why the brother from the above has time and time again required us to perform our duties according to the work arrangements and the principles of the truth. It is because our nature is arrogant and we all seek to show off, to bring to light our own abilities for others to see. We all want to be in power and have the final say, but that brings about losses in the church’s work and the life entry of God’s chosen people. In serious cases it can bring about calamity. These work arrangements and principles of the truth not only can ensure that all aspects of the church’s work can be carried out smoothly but also play the role of keeping our arrogant nature in check and restrained. They are so beneficial for the church’s work and our entry into life! That is why in our desire to perform our duties well and serve God so His will is fulfilled, we must conscientiously work according to the arrangements and must also address our own arrogant satanic nature. This is the only way to have God’s leadership and blessings. 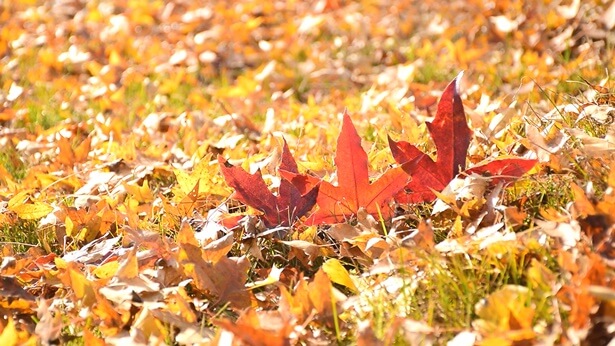 I give thanks to God for His judgment, chastisement, and revelations, allowing me to have some recognition of my arrogant satanic nature. From this day forward, I will certainly take this as a warning and put more effort into knowing my own satanic nature. I will work strictly according to the work arrangements and seek to be a person who truly possesses reason, adheres to the principles, and has reverence for God.

Previous: I Saw My True Stature Clearly
Next: I Have Seen My True Colors

By Chen Min, Spain I accepted Almighty God’s work of the last days in 1999 and I started serving as a leader before long. I experienced my...

Stay True to the Truth, Not Emotion

By Jiahao, China I received a letter from a leader one day in July 2017 saying the church was purging nonbelievers, and asking me to write...

Not Striving in My Duty Harmed Me

By Xiaowen, Spain In 2018, I was working in the church as a video editor. At first, because I didn’t have a background in video editing and...

By Liu Xiao, China When I was 20, I was arrested by the police for believing in God and tortured. I will never forget that experience. It...