I Have Only Just Begun Walking the Right Path of Life

I was born to a poor peasant family. I have been sensible since childhood, in that I never fought with other kids and I obeyed my parents, which made me a good girl in the eyes of adults. People around us were all very envious of my parents, saying that they were lucky to have such a good daughter. And just like this, I grew up listening to compliments from the people around me. When I was in the elementary school, my academic record was especially good, and I always achieved first place in exams. One time, I received full marks in an essay contest held by my town, winning honor for my school. The headmaster not only awarded me a prize and certificate, but also complimented me in front of the entire school and called upon the students to learn from me. I suddenly became the “celebrity” of the school, and my classmates even nicknamed me “ever-victorious general.” The compliments from my teachers, the envy of my classmates, and the doting of my parents gave me a sense of superiority in my heart, and I really enjoyed the feeling of being admired by everyone. Accordingly, I firmly believed that the greatest joy in life was the admiration of others, and that the feeling of happiness came from the praise of others. I secretly told myself: No matter how difficult and exhausting it is, I must become someone with fame and status, and never be looked down upon by others. From then on, dictums such as “A man leaves his name behind wherever he stays, just as a goose utters its cry wherever it flies” and “Men should always strive to be better than their contemporaries” became my life mottos. 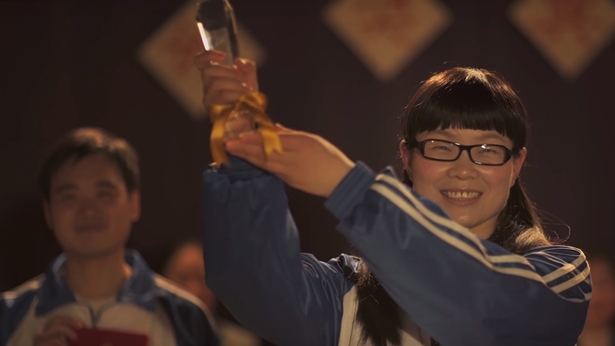 However, when I was 13 years old, my father fell seriously ill and was admitted to the hospital, which placed our already poor family under serious debt. When I saw my father moaning in pain from illness and my mother exhausting herself for the sake of our livelihoods, I felt so bad that I wished I would grow up quickly so I could share their sorrow and pain. So I made the painful decision to drop out of school, thinking: “Even if I do not go to school, I cannot perform worse than others. I will be a strong and successful woman when I grow up, and then I will still be able to live a great life!” Due to my academic excellence, I was kind of a “little celebrity” in my neighborhood. Therefore, when news of me dropping out of school spread, the villagers all started talking about it, saying: “This girl is so foolish! Dropping out of school will destroy her future!” and “No one will respect people without an education. She will suffer from hardship and poverty all her life!” As someone used to receiving compliments since childhood, the dreary feeling that “The fallen phoenix is inferior to the chicken” suddenly came over me. I was afraid to go out, afraid to meet people, afraid of the feeling of being looked down on. To avoid such pain, I barely stepped foot outside my home for two entire years, and I was taciturn all the time. At the same time, my desire of becoming a strong and successful woman grew even stronger, so when I was a little older, I went out to start working. I worked in a lot of jobs, but I would give up shortly each time because I felt the job was either too tiring and stressful, or the salary was too low, or the boss was not nice. After having failed over and over again, I became thoroughly discouraged and felt that my dream of becoming a strong and successful woman had gotten so very far away from reality.

In 2005, I had the privilege of accepting Almighty God’s work of the last days. I saw in the word of God: “The fate of man is controlled by the hands of God. You are incapable of controlling yourself: Despite man always rushing and busying himself on his own behalf, he remains incapable of controlling himself. If you could know your own prospects, if you could control your own fate, would you still be a created being?” (“Restoring the Normal Life of Man and Taking Him to a Wonderful Destination” in The Word Appears in the Flesh). God’s powerful words deeply touched my heart, making me understand that everyone’s fate is in His hands and not at all controlled by people themselves, and that no matter what time it is, people cannot escape God’s sovereignty and plans, and should be obedient under the authority of God. This is the only way people will have a good fate. Through the guidance of God’s words, I realized that what kind of family I was born into, how cultured I am, whether my life is poor or rich—all of these things are predetermined by God. It is not something my mind or abilities can change. I had single-mindedly pursued being a strong woman, believing that I could rely on my own efforts to alter my fate. But after suffering much hardship, enduring much misery, I hadn’t ultimately gotten what I wanted. Now I thought of all the pain I’d gone through; did it not result from not knowing God’s sovereignty and stubbornly struggling against fate? Now I knew that only by coming before God and accepting and submitting to His orchestrations and arrangements could I gradually escape all this pain. After understanding God’s will, I was no longer frustrated by my experiences, and I no longer cared about what other people said. Instead, I became determined to believe in God and pursue the truth properly, and live a meaningful life. After that, I persisted in reading God’s words every day, and prayed, sang hymns, and attended meetings with brothers and sisters. Due to my relatively fast comprehension of the truth and my passionate pursuit, I won the appreciation of the sister who was watering me, which made me feel all flattered inside. Later, I heard church leaders say I should be a focus of their cultivation, which made me more difficult to restrain the glee in my heart and even gave me an extra spring in my step. So I told myself: I must pursue with all my heart and soul! I cannot let the church leaders down. Even if it is just for my good reputation, I should work hard so I can win back here the fame and status that had eluded me in the outside world. At the time, I did not care about God’s will at all. The only thing on my mind was fame, fortune, and status right in front of me, like dazzling halos waving at me. 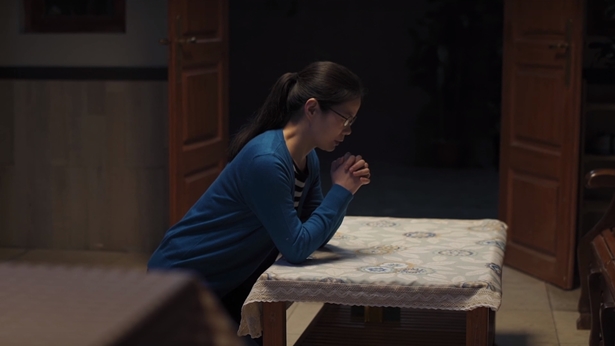 After these few months of painful refinement, I finally understood why God would not let us use philosophies of life to maintain relationship with other people. It is because all those philosophies of life and so-called dictums are toxins Satan implants in people, and are tools used by Satan to bind and harm people. These satanic philosophies can only generate division, conflict, and death among people, and can only bring people depression and pain. This is because Satan itself is corruption and division, and only God’s words and what He requires of people can enable them to make peace with each other. Only by living in God’s words and acting in accordance with His words can people break through the dark influences of Satan and live with complete freedom and relief before God. At the same time, I also realized that my living together with the young sister was a wonderful arrangement by God, which was set up to target the deep-rooted toxins of Satan inside me and my practical needs. If God had not worked in this way, I would have never recognized the extent of the harm satanic toxins such as “A man leaves his name behind wherever he stays, just as a goose utters its cry wherever it flies” and “As a tree lives for its bark, a man lives for his face” had done to me. I would have still worshiped these toxins as positive things, which would have made me more and more corrupted, and ultimately head for perdition and destruction. These situations and trials were precisely God’s great salvation of me! 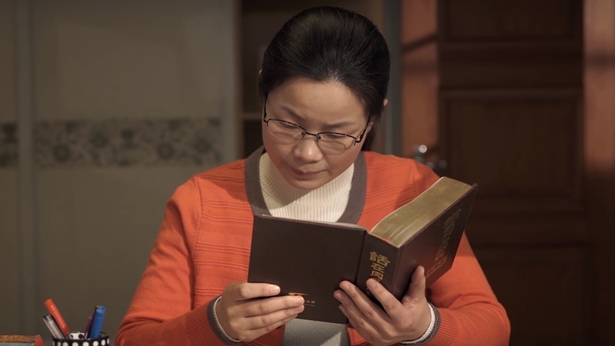 After experiencing God’s work for several years, I understood more clearly: Fame, fortune, and status are tricks used by Satan to fool people, chains used to bind people and means used to control people. People living under its domain can only be bound and fooled by it, without any freedom whatsoever and unable to live out the likeness of a true human being. On the other hand, God’s word is the truth, the way, and the life. People living under God’s word are living in the light and the blessings of God. Only by pursuing the truth can people embark upon the right path in life and obtain genuine freedom and liberation. Looking back at the pain and suffering that fame, fortune, and status has brought me, then at the salvation work God has performed on me, I really feel appreciative toward and indebted to God. To rescue me from the bondage of fame, fortune, and status, God elaborately arranged various environments, people, things, and occurrences, and led and guided me step by step by means of His work, allowing me to walk on the right path of life. Every environment and every manifestation was all elaborately planned by God, and behind each lies God’s great love and salvation for me. After experiencing chastisement and judgment over and over again, I gradually saw the reality of my corruption. I also gained some knowledge of God’s work, saw God’s holiness, greatness, and selflessness, and felt deeply God’s thought and care in saving mankind. In my future experiences, I shall be more willing to accept God’s chastisement and judgment, His trials and refinements, so that my corrupt disposition can be thoroughly cleansed and changed, and so I can genuinely live out a meaningful and valuable life!

Previous: Judgment Is the Light
Next: An Arrogant Believer’s Process of Transformation

What’s Keeping Me From Following God?

By Chen Ming, China It was December of 2011, and the two of our church leaders had been arrested. After hearing this news, my brothers and...

By Zunxing, China The first time was July 1, 1997. I was waiting for someone by the side of the road with two boxes of books of God’s...

A Wonderful Way to Live

By Xunqiu, JapanWhen I was little, my parents taught me not to be too direct with others, and never to rock the boat, and that was the...

By Sien, USA God’s words say: “What testimony does man ultimately bear to God? Man testifies that God is the righteous God, that His...