The Return of a Prodigal Son

I was born in a small town in southern China, into a family of believers dating back to my paternal great-grandmother’s generation. Bible stories, hymns of praise and sacred music played in church were my constant companions through the happy days of my childhood. As I started getting older and academic pressure grew, my heart started to slowly grow distant from the Lord. However, the Lord never left me; whenever I called out for Him, He would help me. The grace and holy name of the Lord Jesus were rooted deep within my heart. I remember the year I took the college entrance exam, no one thought I’d be able to test into a good college, including my teachers. Facing blow after blow, I nearly gave up all hope, and I too thought that I’d never be able to test into the college I wanted to get into. But then something popped into my mind—a phrase I heard at church when I was little: “Where man ends, God begins,” and in a flash I felt like I’d been enlightened. I knew it was right: Where I reach my limit is where God begins. The Lord’s capabilities are the absolute greatest, and I believed that as long as I genuinely leaned on the Lord then He would certainly help me. And so, I started praying to the Lord Jesus often: “Oh Lord, please help me. If I can test into the college of my dreams without a hitch then from now on I promise I will never distance myself from You, and I will accept You as my one and only Savior in this life.” While doing that, I was also paying a price inconceivable to most people; during my entire senior year of high school I was practicing the piano whenever I wasn’t eating or sleeping. I was pretty much practicing for 10 to 12 hours a day. I didn’t know where that strength was coming from that was propping me up, but I figured it had to be the Lord listening to my prayers and quietly helping me. The gratitude to the Lord within my heart grew. In the end, my long-cherished wish was fulfilled; I tested into one of the top music academies in the country, and as a result I believed firmly that the Lord Jesus was my only Savior. In my senior year of college I didn’t know what path I should take after graduating, so I called on the Lord Jesus and asked Him to show me the way, to open up a path for me. In 2004, shortly after the 9/11 terrorist attack in the United States, practically all visas for entry had been frozen, but to my surprise I received a full-ride scholarship to a university in the US as a result of a professionally recorded CD of myself. I got a student visa without a single hiccup and went to America to pursue my studies. These two experiences—testing into college and going abroad—showed me that the Lord had helped me to realize dreams that I never would have been able to achieve on my own. I became even more firmly convinced that the Lord Jesus is the true God and that He is my Savior, and I need to properly practice my faith in the Lord and follow Him. 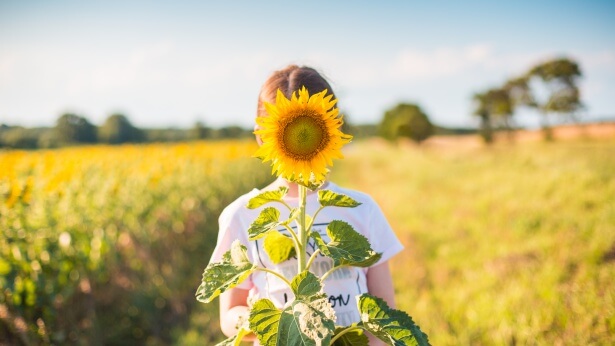 One day in 2007 I gave my mother back in China a phone call, as I often did, to chat. In our call she blurted out: “Did you know that the Lord Jesus Christ has already returned?” Hearing her say this, I had a sudden feeling of pleasant surprise, but then I immediately thought about how in the Bible it says that in the last days false Christs will appear, so I didn’t know if this thing about the Lord having returned was real or fake. I knew I had to approach it with caution. Nowadays the Internet is so fast and convenient, so I figured I should go online to check this out. After I hung up the phone I went online, feeling like I was walking on air, to try to find a reliable source of information. To my surprise, all that I came across were voices of protest blaspheming and condemning the return of the Lord Jesus—Almighty God. I couldn’t make heads or tails of whether this was true or false, leaving me afraid and uneasy, scared that my mother wouldn’t have discernment over right and wrong and that she would go down the wrong path. I immediately called her to tell her about all that bad stuff I had read online, but mother was very calm, and comforted me by saying: “My child, you haven’t read Almighty God’s words so you don’t understand, and it would take a long time to explain it to you, but don’t worry, I’m not going down the wrong path. In fact, I am following the footsteps of the Lamb. Let’s not talk about this over the phone anymore.” I knew that China is ruled by an atheistic dictatorship, and that the CCP government is always persecuting and arresting Christians, so it wasn’t good for my mother to discuss anything to do with faith over the phone. I didn’t dare say too much about it with her, so I gave a call to a pastor in China that I was well acquainted with to ask for help, pleading with him to go “rescue” my mother. When the pastor later told me the news that he had been unable to get her back into the fold, I got so angry that I practically lost my mind. After that, in an effort to stand in the way of my mother’s faith in Almighty God, I even told her she had to make a choice between me and her faith in Almighty God. After telling her that, I had the same dream for three nights in a row, that it was the darkest of dark nights, it was raining torrentially, and I was carrying a black umbrella, walking along a once-familiar seaside. There wasn’t a single person around, and all of a sudden a flash of lightning as bright as day struck my umbrella…. Every time I had this dream I would wake up scared and in a cold sweat, but being so insensitive, ignorant and stubborn, I failed to make the slightest effort to seek and pray, to figure out why I kept having that dream: Was the Lord warning me and telling me to turn back from a path of resisting God, and to instead return to Him? I later saw that no matter what I tried to persuade my mother, it was all of no use. On top of that I was in a faraway foreign land and had a busy life, so I stopped trying to force her hand.

Previous: A Different Kind of Salvation

Next: I Finally Welcomed the Lord